"Cabbage With A College Education"

I was going to begin by saying that we never have much luck with cauliflowers but, looking back over our Blog, I see that in June 2011, we did have some success. 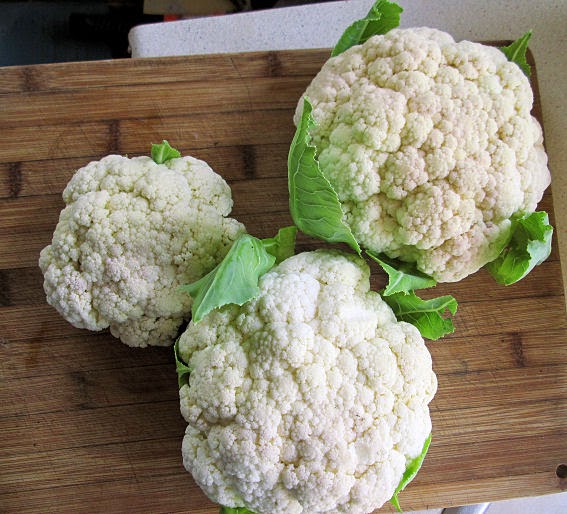 We planted a whole bed of cauliflower this year and we have a wonderful crop.

One has been scoffed already and yesterday we picked seven that were 'just right'.

These seven have gone a long way.

The chickens got the roots to peck through.

The pigs got the largest of the outer leaves and the stalks. Actually, the the young dogs had some of the stalks and leaves.

Six cauliflowers were blanched and frozen, as were the chopped greens and the stalks from the leaves.

For our evening meal last night I chargrilled a good handful of the leaf stalks then grated cheese over them. A little 'stringy' but very tasty. Then we had Caulifower Cheese with sausages.

We still have another nine or ten in the ground, so we are up to our ears in cauliflowers!

The title for this post come from a quote by Mark Twain, as credited in out previous post There's a Cauliflower 'Ere

A Small Holding In Yorkshire

Thank You For Following

Promote your Page too